AirAsia X Berhad or better known as AirAsia X is a leading low-cost airline that operates primarily in the Asia-Pacific region for long-haul flights. Started initially as FlyAsianXpress (FAX) in 2006, the company regularly operate flights to rural areas of Sabah and Sarawak with turboprop aircraft before undergoing a complete rebranding in September 2007. Air Asia X’s first flight commencement was to Gold Coast, Australia in November 2007. There are two affiliate airlines served under AirAsia X, which are Indonesia AirAsia X and Thai AirAsia X.

AirAsia X serves medium and long-haul flight routes mostly for international destinations across Asia, Australia, New Zealand, the Middle East and even to the USA. Air Asia X operates out of three flight terminals in Kuala Lumpur, Bangkok as well as Denpasar, Bali. It is worth mentioning that AirAsia X is the first low-cost carrier in all of ASEAN to be endorsed by the Federal Aviation Administration to operate in the United States. Among the popular routes frequent by passengers are AirAsia X flight to Taipei, Colombo, Chongqing and many more.

Passengers flying with AirAsia X will be provided with the economy class that consists of two seats, Standard and Hot Seats, the latter with reclining seats plus extra space for more legroom. Hot Seats are allocated with limited numbers on the AirAsia X flight. There is no Business class on Air Asia X flights, but there are Premium seats equipped with flatbeds with more features for additional comfort.

Standard Seats are available on all AirAsia X flight with a 31” seat pitch and width of 16”. There is also the standard Twin Seats that have no middle seat for extra privacy without any commotion from other passengers. Passengers can get ample space to stretch out by booking with the Hot Seats that comes with at least 17.5” of legroom and in-seat power supply on Air Asia X flights. By booking ticket for Hot Seats, travellers are entitled to priority boarding too. There is also the Quiet Zone dedicated for passengers looking for peace and tranquillity. Children below 10 years old are not allowed in the Quiet Zone area and meals will be served faster here.

Premium Flatbed seats are a special feature on most A330 airbuses with 59” seat pitch and 19” wide situated in the Premium Flatbed cabin. Only in Premium where seats are converted to a full flatbed featuring privacy screens complete with complimentary pillows and duvets. An in-seat power supply is also available in Premium on all AirAsia X Airbus A330.

Air Asia X cover routes to many locations with the Airbus A330 up to 377 passengers with the distribution of 365 Standard/Hot seats and 12 Premium seats. Passengers are free to choose any seat by online booking with charges applied. Although a low-cost airline, AirAsia X has extra in-flight facilities in the form of the Premium Flex so that passengers of different needs can still experience a pleasant AirAsia X flight.

AirAsia BIG Membership is under the Freedom Flyer Programme in which getting into the Air Asia BIG Member status heavily relies on the number of AirAsia flights that have been taken. The programme is ranked into four levels of membership status starting from Red, Gold, Platinum and lastly, Black with the most reward awaits. Points are granted every time one chooses Air Asia X to fly in the past year, which can be used to redeem trips, hotel stays, e-vouchers and other promotions exclusive for members only.

Each passenger can bring along a hand-carry usually a handbag or a personal item onboard the Air Asia X Airbus. For mobility devices that have no battery such as the baby stroller are free to be checked in as Unchecked Baggage but must be handed to the AirAsia X staff to be kept for the remainder of the flight. All passengers must comply to dimensions of 56 cm (height) x 36 cm (width) x 23 cm (depth) in addition to the total weight of 7 kg for carry-ons.

Check-in baggage allowance starts at 15 kg for domestic flights and 20 kg for international flights with both being capped at 40 kg. Check-in baggage is to be given to the ground staff over the counter during check-in. Premium Flatbed passengers have the advantage for Xpress baggage which is the priority baggage collection upon checking out.

AirAsia X is recognised worldwide for its affordable ticket price to numerous routes domestically and internationally. Make your AirAsia X booking at Easybook, where booking ticket through our user-friendly website for any AirAsia X flight is as convenient as it is hassle-free. Ticket price varies but be on the lookout for promotions by checking the flight routes and schedule on our online booking system. 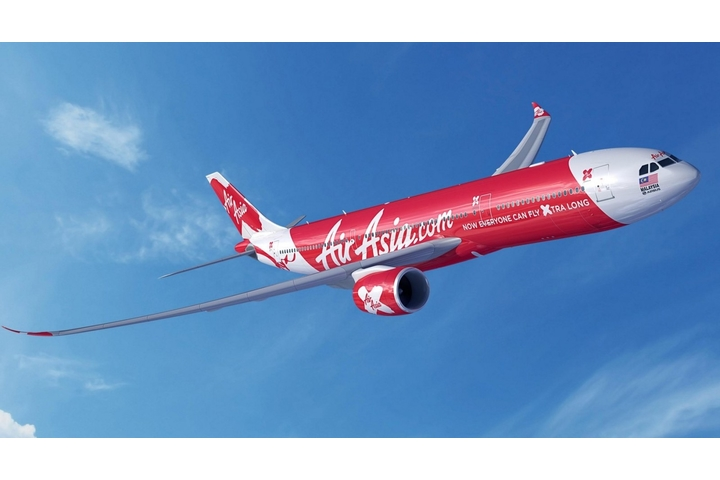