Bus is the number one transportation for long distance journeys in Thailand. The country has a large bus network and there are numerous bus routes that you can choose from. New Mitr Tour Thailand is one of the many well-established bus companies that had managed to survive in the present competitive bus operator industry. The company is based in Rayong, which is the capital city of eastern Thai province on the Gulf of Thailand. This city is well-known of its national parks and beautiful beaches. Witness it for yourself when you book your bus tickets with New Mitr Tour Thailand through Easybook's website here.

Buses for New Mitr Tour Thailand are mostly single deck with 24 and 32 seats, which you choose from when you book a bus ticket on our website. The company is using "2+1" seating arrangement for their 24 seaters rides while their 32 seater's buses get the "2+2" arrangement. New Mitr Tour bus coaches come fully air-conditioned and equipped with comfortable seats to assure their passengers have pleasurable bus trips with them.

Kick start your journey from Bangkok to Ranong or vice versa now! Booking New Mitr Tour bus ticket online at Easybook website or mobile app is the start of your perfect journey. 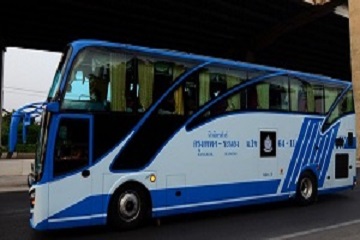