Piyachai Pattana, also known as Piya Chai Pattana, is an established bus company that has been running the longest tour bus routes in Thailand at a distance close to 2,000 kilometres. Primarily based at the Hatyai Bus Terminal, Piya Chai Pattana has bus schedules to significant places that connect the North of Thailand to the South.

Type of Bus with Piyachai Pattana

Piyachai Pattana buses are the 877-1 VIP 42-seater double-decker buses that are furnished with an air-conditioning system, reclining seats and spacious legroom. Furthermore, there are washroom facilities for passengers to freshen up during a long journey. Being an overnight coach, necessary amenities such as blankets, drinking water and snacks are readily available.

Board on a bus with Piyachai Pattana the next time you travel to Thailand! You can cut the queue at the counter by purchasing a bus ticket through Easybook’s online booking platform. Select your desired pick-up and drop-off points, bus schedules as well as the number of passengers to complete your bus ticket booking hassle-free. 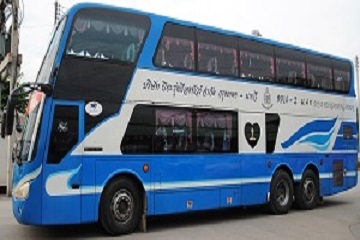